Curcumin is a water soluble orange-yellow colored powder and is one of three curcuminoids found in the herb, turmeric (Curcuma longa). The other curcuminoids found in turmeric are demethoxycurcumin and bisdemethoxycurcumin. Turmeric is a yellow Indian spice which has a long history of treatment for inflammatory conditions in Ayurvedic medicine in India. Curcumin is the main constituent of turmeric and was identified in 1910 by Lampe and Milobedzka. Curcumin has been known to treat a vast number of indications such as rheumatoid arthritis, ulcerative colitis, dyslipidemia, Alzheimer’s disease, and even certain cancers.

This natural product is capable of treating many indications due to its number of properties. Curcumin has anti-inflammatory properties by inhibiting numerous enyzmes and cytokines involved in the inflammatory response such as cyclooxygenase-2 (COX-2), lipoxygenase (LOX), inducible nitric oxide synthase (iNOS), tumor necrosis factor (TNF), and numerous interleukins. By inhibiting such enzymes involved in the inflammatory process, curcumin can be compared to non-steroidal anti-inflammatory drugs (NSAID) in the treatment of rheumatoid arthritis and osteoarthritis. TNF promotes the inflammatory process and is typically associated with chronic autoimmune indications such as rheumatoid arthritis and Crohn’s disease. By inhibiting TNF, curcumin can also be compared in terms of mechanism of action to costly TNF inhibitors such as etanercept (Enbrel), infliximab (Remicade), and adalimumab (Humira).

Curcumin also displays antioxidant properties where it can prevent damage due to free radicals. Free radical mediated peroxidation of membrane lipids and the oxidative damage of DNA have been thought to be associated to chronic indications such as cancer. Also, the improper regulations of inflammatory enzymes such as COX-2, LOX, and iNOS have also been believed to cause certain cancers. Due to curcumin’s antioxidant and anti-inflammatory properties, it has been thought to be able to treat certain cancers.

Curcumin is believed to be able to protect the brain not only by binding to heavy metals, such as cadmium and lead, but by inhibiting glutathione S-transferase as well to prevent toxicity. By inhibiting glutathione S- transferase, this would increase the amount of reduced glutathione circulating in the body. Also, this herb is believed to lower cholesterol, prevent blood clots, and treat stomach conditions such as nausea, bloating, appetite loss, and gas. Understanding the potential this natural herb has with its medicinal properties can open the door for alternative treatment in many indications. If curcumin has the potential to treat rheumatoid arthritis and osteoarthritis as well as increase gluathione, could this natural herb possibly be an alternative treatment for patients with chronic Lyme disease?

Lyme disease is a potentially debilitating condition that can lead to chronic therapy if not treated properly. Lyme disease is caused by a bite from a tick that transfers the bacterial spirochete, Borrelia burgdorferi. Lyme disease is the most common tick-borne disease in Northern America. Early symptoms of Lyme include fever, headache, fatigue, depression, and the distinctive skin rash that resembles similarly to a bulls eye which is also known as erythema migrans. Patients who suffer with chronic Lyme disease often experience chronic, yet periodic, arthritis, confusion, lack of coordination, skin disorders, and/or dizziness. It is believed that a patient with Lyme disease has a decreased amount of glutathione in the body. Glutathione has been referred to the “body’s master antioxidant” and is naturally produced in the body. It is thought that Borrelia burgdorferi causes a release of reactive oxygen and nitrogen species that require glutathione for clearance. However, the bacteria deplete the body’s supply of cysteine which is essential for the formation of glutathione. Aside from appropriate antibiotics, curcumin seems to be a viable option for treatment of chronic Lyme disease with its anti-inflammatory property, antioxidant property, and inhibition of glutathione S-transferase.

It is important to know the difference between the supplements available over the counter. Turmeric supplements are essentially the spice itself and do not contain high percentages of either turmeric or curcumin. The percentage of curcumin in these supplements is not enough to become health beneficial. There are curcumin and turmeric extracts available which consist of a combination of all of the curcuminoids and are at high enough percentage to be health beneficial. Previously, curcumin had a reduced bioavailability due to many factors including poor absorption, high rate of metabolism, and/or rapid elimination from the body. However, there have been many different promising approaches to improve both bioavailability and absorption. Adjuvants, which can block the metabolism of curcumin, are one way to possibly improve bioavailability. Piperine is an adjuvant isolated from black pepper that inhibits glucuronidation of curcumin by inhibiting CYP450 enzymes and uridine 5′-diphospho-glucuronosyltransferase (UGT). Quercetin is derived from soy beans inhibits sulfotransferases which is involved in the metabolism of curcumin. Another adjuvant being studied is genistein which inhibits alcohol dehydrogenase. With the addition of adjuvant(s), this leads to an increase in curcumin bioavailability, serum concentration, and absorption. All of the adjuvants have the probability of improving bioavailability; however, studies may indicate that the inhibition of glucuronidation by piperine may be the major mechanism by which it improves the bioavailability of curcumin. Liposomes, micelles, and phospholipid complexes are other promising formulations that appear to provide better permeability and longer duration in the body. Due to previous studies, it was found that compounding curcumin in a liposomal vehicle led to an increased capability of loading more curcumin in to cells than with either human serum albumin (HSA) or dimethyl sulfoxide (DMSO). A micelle is the formation of molecules (e.g. phospholipid complex) that aggregate in a aqueous solution. Micelles and phospholipid complexes, such as silymarin and dolichol, have been shown to improve the gastrointestinal absorption of natural drugs. BCM-95 curcumin (EuroPharma) is a new formulation that has an astonishing absorption rate in comparison to other curcumin supplements. According to recent studies, it was shown that there was a 10-fold increase in absorption with BCM-95 compared to other curcumin supplements. Solgar has also developed a curcumin supplement using micelles that boasts 185x better bioavailability vs. the leading curcumin supplement. These supplements and more are available at Community Farmacy. 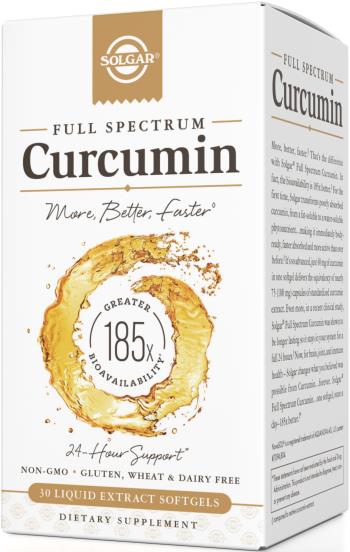 Because curcumin is a natural herb that is consumed as a spice throughout the world, it is considered generally safe. However, drug interactions with anticoagulants/antiplatelets, chemo regimens, norfloxacin, and midazolam have been cautioned. Primary care physicians should be made aware if patient is consuming curcumin. Why isn’t everyone taking curcumin? This natural herb supposedly demonstrates many properties that sound promising, however, there lacks clinical evidence for support. Curcumin should be made aware of its possibilities and with further studies, this natural spice has the potential to treat numerous indications.  Curcumin in Lyme Disease