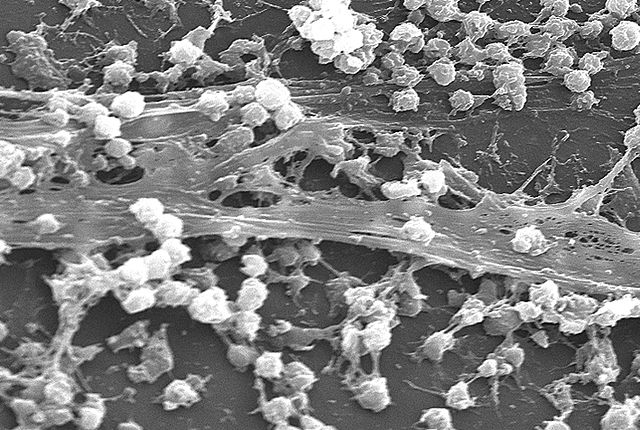 Since its discovery nearly 40 years ago, Lyme disease has proven to be a complicated infectious disease for many people affected by it. Lyme disease occurs as a result of being infected with bacteria belonging to the genus Borrelia.

Borrelia burgdorferi is the pathogen typically responsible for North American cases, while Borrelia afzelii and Borellia garinii are usually responsible for European cases. Borrelia is transmitted to humans by tick bites, and transmission usually occurs within 24 hours with some cases as quickly as 4 hours.

If caught early, Lyme disease is generally treated with a course of antibiotics; practitioners will typically use either doxycycline 100 mg twice daily or amoxicillin 500 mg twice daily, each for a duration of 14-21 days. This treatment will work for some patients with acute Lyme disease, which is identified shortly after being infected, usually between 3-30 days post-infection.

Acute Lyme disease is characterized by a red expanding rash known as erythema migrans, or more commonly known as a bull’s eye rash. Other signs and symptoms include fatigue, chills, fever, headache, muscle and joint aches, and swollen lymph nodes.

Some patients may develop a chronic Lyme disease in which their symptoms may last for months to years even after being treated with the appropriate antibiotics. This lingering infection may affect the skin, brain, the nervous system, muscle, bones, and cartilage. It is typically characterized by continuing muscle and joint pains, cognitive defects, sleep disturbances, and fatigue. The exact cause of this continuing syndrome is currently unknown, however one theory points to the formation of biofilms which may contribute to the ongoing pathogenesis of Borrelia.

A biofilm is defined as a group of microorganisms that stick to each other on a surface. These organisms produce a substance called extracellular polymeric substance (EPS). EPS is primarily composed of polysaccharides and proteins, but other molecules such as DNA and lipids are also contained within these structures. What makes attacking biofilms particularly difficult is the fact that there may be a variety of bacteria and fungi living and thriving within the biofilm. What also must be noted is that bacteria living within a biofilm are functionally different from the same bacteria in planktonic form—that is free floating bacteria outside of the biofilm. The bacteria within the biofilm are able to communicate with each other and from this communication they can express genes that will aid in the growth and survival of the biofilm. Furthermore, once the biofilm is of an adequate size, pieces of it may fragment, or detach from the structure, and travel elsewhere to attach to another surface, thereby making the resistance greater.

Scientists have caught on to the intricacies of biofilms since they are commonly present not only with Lyme disease, but other conditions such as cystic fibrosis, endocarditis, and urinary tract infections, just to name a few. Treatment of chronic Lyme disease has been controversial due to differing theories on what is actually causing this refractory syndrome, but be that as it may, it is generally agreed upon that treatment is very difficult.

For patients with this condition, they generally are exposed to pulse therapy with different antibiotics. Pulse therapy is a therapeutic regimen that involves giving large doses of a particular medication in intervals (i.e. weekly or monthly) for a designated amount of time. These regimens vary with different physicians, but the concept delivering high doses of medications over specified periods of time remains the same. In the case of Lyme disease, pulse therapy is frequently used with two medications—Flagyl (metronidazole) or Tindamax (tinidazole). These medications are often used because it is believed that they will attack the cysts formed by the spirochete, thus making it less likely to survive after antibiotics. Being that this is a complicated infection, even after pulse therapy with multiple antibiotics there are still many patients who cannot seem to find relief from this condition.

Knowing the complexities of chronic Lyme disease as well as those of biofilm formation, biofilm protocols were developed in an attempt to eradicate the disease completely. Though they are experimental at this point, biofilm protocols contain many different elements that target the different problems caused by bacteria thriving within these structures. It is also important to note that there are many different protocols that all contain different items, but there are a few important items that are necessary to break down the structure of the biofilm. Enzymes are a must-have in any protocol as they will degrade the sugars, proteins, and the mucus-like substance contained within the biofilm. These enzymes will also aid in dissolving fibrin which is an essential component of the biofilm’s rigid structure. Lactoferrin is another crucial addition to any biofilm protocol; its binding to iron will deprive the biofilm matrix of this essential component necessary for its survival. Another widely used component in many protocols includes the use of disodium ethylenediaminetetraacetic acid or disodium EDTA for short. This will chelate, or bind to, metals and minerals present in your body. A commonly used systemic enzyme, Interfase Plus, contains disodium EDTA and the use of these two products together in one is recommended. The last, and of course one of the most crucial ingredients is the antibiotic portion. It is important to use both broad spectrum and ones that target specific pathogens that were living in the biofilm to get the widest coverage and to hopefully eliminate all pathogens.

To conclude, chronic Lyme disease is a particularly challenging infectious disease to treat mainly due to the formation of biofilms. It is a very devastating condition for patients because standard treatments often prove to be ineffective in the long run. With the development of biofilm protocols, researchers are and will continue to gain more insight regarding the exact mechanism of bacterial resistance. Although only a few important items of these protocols was mentioned, it is important to note that there are many different additions one may make and these protocols will be specific to the patient. Many of these protocols have various additions that have proven helpful to some patients, so it is important to work with a primary care physician to get customized treatment that will be best for the patient. With further research, it seems that biofilm protocols may be the future of treating certain conditions and significantly improve quality of life.