Lyme Disease, which is caused by the bacterium Borrelia burgdorferi, is the most common tick-borne illness in the world thus far.1 According to the CDC there are approximately 30,000 cases reported each year but approximately 300,000 are diagnosed with Lyme Disease each year.2 It’s unique life cycle allows Borrelia to survive and spread from vector to human through an virulent, well adapted process.1,3 Lyme Disease has the ability to utilize different vectors, the most common being the black legged deer tick, Ixodes scapularis.2,3 The life cycle of the deer tick is 2 years and includes 3 phases known as the larvae, nymph, and adult stage. The larvae hatch in the summer and 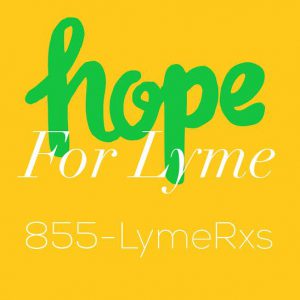 usually are not infected with B. burgdorferi as transovarial transmission is rarely seen in the spirochete. As the larvae feed on hosts such as deer or mice they become infected with the disease. During the spring of the following year the tick matures and enters the nymph stage at which point it feeds again. Inadvertently, humans are often a host of the nymph leading to the transmission of the disease.4,5,6

It has been well documented throughout numerous research studies the devastating effects of Lyme Disease on the human organism. The disease can affect virtually every organ system including joints, muscles, nerves, the brain, and heart. In addition to the afflictions that are associated with Lyme Disease, patients often acquire other tick-borne diseases.7 Clinicians should be aware that if a patient is being treated for Lyme Disease and the symptoms have not improved or worsened there is a prominent chance that the patient is co-infected with Babesia, Anaplasma, Ehrlichia, or Bartonella, just to name a few of the possible co-infections. Research has shown, both in mouse and human studies, that co-infection with Babesia and Ehrlichia can exacerbate the duration and severity of Lyme Disease. It was traditionally thought that co-infections with Bartonella, Babesia, Anaplasma, and Ehrlichia were acute, self-limited infections. However, research now supports that these pathogens produce low grade infections that can increase the severity and duration of Lyme Disease.8

Bartonellosis, caused by the gram negative bacteria Bartonella henselae, is usually associated with bacterial inflammatory skin infections in adjunct to the so-called cat scratch disease, but it can also be transmitted through a vector such as the Ixodes tick. The typical symptoms associated with Bartonella include lymph node swelling (regional or generalized), persistent fever of unknown origin, abdominal pains, weight loss, various eye disorders, neuroretinitis, various neurological disorders, musculoskeletal complaints, arthritis, arthralgias, myalgias, and fatigue. These symptoms are similar to Lyme Disease manifestations making differential diagnosis quite difficult for the physician. In addition, Bartonella culture sensitivity is quite low thus making serological testing difficult. Using polymerase chain reaction (PCR) immediately after biopsy seems promising according to the literature but more research is needed. A recent study conducted by Adelson et al. examined the prevalence of the co-infection Bartonella transmitted by Ixodes ticks. The results of the study were quite disturbing and showed that B. burgdorferi transmission by Ixodes occurred at a rate of 33.6% and the rate of Bartonella transmission was even higher at a rate of 34.5%. This study supports the hypothesis that the prevalence of Lyme Disease associated co-infections is substantially higher than initially anticipated.10

First line therapies for the treatment of Bartonellosis are azithromycin 500 mg per day or doxycycline 400 mg per day. Other agents that are used include clarithromycin, telithromycin, rifampicin, Bactrim, or ciprofloxacin. The usual length of treatment is 3 to 6 weeks but HIV or immunocompromised patients may require a longer duration of therapy.11 Although these are the proposed treatment protocols it should also be noted that there is no single approved treatment therapy by the US Food and Drug Administration (FDA), the Center for Disease Control (CDC) or the Infectious Diseases Society of America (IDSA).10,11

Babesiosis, is another important co-infection to consider when treating Lyme Disease. Babesia is a protozoan and cause lysis of erythrocytes upon subsequent infection. There are two species of Babesiosis that are pathogenic, specifically Babesia microti (mostly found in the USA) and Babesia divergens (mostly found in Europe). The transmission of Babesia most often occurs via ticks, namely Ixodes scapularis in the USA. As such, being a tick borne pathogen makes Babesia a likely co-infection with Lyme Disease.12,13 In a study conducted by Krause et al., 11% of those patients infected with Lyme Disease were also co-infected with Babesiosis. The study also showed that patients who were co-infected with Lyme Disease and Babesiosis exhibited a greater number of symptoms and increased duration of illness.14 Typical symptoms of Babesiosis are febrile, influenza like symptoms such as chills, fever, arthralgias, myalgias, and gastrointestinal symptoms.14

Treatment for Babesiosis includes the use of clindamycin (300-600 mg IV or intramuscularly every 6 hours) and oral quinine (650 mg every 6-8 hours) administered for 7-10 days. Another option demonstrated to be effective is atovaquone (750 mg every 12 hours) in combination with azithromycin (500 mg on day 1 and 250 mg/day thereafter) administered for 7 days. The combination of atovaquone and azithromycin was shown to have less adverse effects when compared to the clindamycin and quinine regimen.15

Other significant co-infections are Human Granulocytic Anaplasmosis (HGA) caused by the pathogen Anaplasma phagocytophilum and human monocytic ehrlichiosis (HME) caused by Ehrlichia chaffeensis. HGA was discovered in 1994 as an intracellular pathogen in granulocytic leukocytes and the white footed mouse serve as a reservoir. Evidence of HME first appeared in 1986 and the pathogen infects monocytes intracellularly. Both red deer and humans can serve as a reservoir for HME. The pathogens resemble each other clinically and as a result, physicians often use the term Ehrlichiosis to describe the infection. Ehrlichiosis is transmitted primarily by ticks via the Ixodes scapularis. Both can also be transmitted via mother-child, blood transfusions, direct contact with infected animals, and transmission from person to person. On the East Coast of the United States the prevalence of ticks infected with Ehrlichiosis is quite high with estimated percentages from 30% to 40%. The incubation period for Ehrlichiosis is estimated to be 1 week before patients start exhibiting signs of the infection.10 Upon acute illness, the symptoms of the disease are similar to the other co-infections and include fever, headache, joint and muscle pains, coughing, and CNS disorders. Pathological findings include leukopenia, thrombocytopenia, and elevated transaminases.10 Doxycycline is the drug of choice and the duration of therapy is usually 10 to 14 days unless a longer course of therapy is deemed necessary by the physician.16

Lyme Disease can be a severe, debilitating disease but when it is accompanied by one of the above co-infections the symptoms and duration of the illness can be significantly more devastating. One of the biggest challenges for clinicians tasked with the challenge of treating these diseases is the initial diagnosis. As these pathogens mimic each other clinically, arriving at a definite diagnosis becomes quite challenging. To make matters more problematic, delaying appropriate therapy only exacerbates the severity and duration of the infections. With advances in pharmacology and our improved understanding of these infections, the outlook on treating these virulent pathogens is promising but more research is needed to determine the most effective course of therapy.

Written by Mark Church, PharmD Candidate, Class of 2015, at the University of Maryland Eastern Shore School of Pharmacy