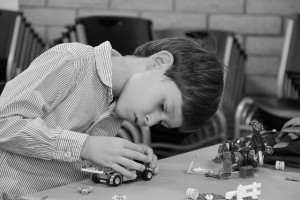 characteristics of these disorders. Autism is at least four times more likely to affect boys than girls. The exact cause of autism remains unknown, but research has shown a variety of gene mutations and environmental factors may be to blame for the disorders. Environmental factors such as “advanced parental age at time of conception, maternal illness during pregnancy and certain difficulties during birth” have been shown to be risk factors for children to develop autism. While children with autism show decreased communication and personal skills, they generally have increased music and academic talents. Using DSM-5 criteria children can either be diagnosed with autistic disorders, Asperger’s disorder, childhood disintegrative disorders, or the catch-all diagnosis of pervasive developmental disorders not otherwise specified.

Pioglitazone, brand name Actos, is a thiazolidinedione anti-diabetic medication. Its current indication is for the treatment of type 2 diabetes. It works to increase the cells response to insulin, and it will not work if there is a lack of insulin in the blood. It is a selective agonist for peroxisome proliferator-activated receptor-gamma (PPARgamma). The drug is taken orally, and its peak can be seen at 2 hours after administration. Pioglitazone is available in 15, 30, and 45mg strength tablets. Adverse reactions of pioglitazone are edema, hypoglycemia, upper respiratory tract infection, heart failure, headache, myalgia, fractures, sinusitis, and pharyngitis. Contraindications to the medication are any hypersensitivity to pioglitazone or its components as well as NYHA Class 3 and 4 heart failure. Additionally, pioglitazone is able to cross the blood brain barrier indicating it may have effects on brain function.

The connection between pioglitazone and autism comes from the fact that immune and inflammatory responses of the body are shown to be involved in the development of autism. Peroxisome proliferator activated receptor gamma has been shown to not only affect insulin sensitivity but also to induce cell death to T-lymphocytes and possess anti-inflammatory effects. Thiazolidinediones can increase metabolic activity in the brain as well as product anti-inflammatory effects on brain glial cells. The study “Effect of pioglitazone treatment on behavioral symptoms in autistic children” was completed to assess the effectiveness of pioglitazone use in children. A total of 25 children were involved in this study with consent provided by their parents. The average age of participants was around 7 years old. The children were given 30 or 60mg of pioglitazone by mouth daily. The Aberrant Behavior Checklist (ABC) was used to assess the children’s behavior after 3 to 4 months of therapy. Parents completed the ABC before beginning treatment so that a baseline for measurement could be provided to compare therapy results to. No adverse effects were seen in the participants, and there was a decrease in irritability, stereotypy, hyperactivity, and lethargy in a significant number of children. Younger patients were shown to have the best results for irritability, lethargy, and hyperactivity with significant p values for each (<0.05) when compared to older patients. It is hard to get participants for studies who focus mainly on children, and therefore the small sample size is a weakness of this study. Overall the study shows potential for further clinical trials to be completed to assess the use of pioglitazone in autism and autism spectrum disorders.

Dose Finding Study of Pioglitazone in Children with Autism Spectrum Disorders is a phase 2 clinical trial that is currently taking place to assess pioglitazone use in children. The trial began in April 2013 and has a primary completion date of August 2015. The final study completion date is estimated to be December 2015. The study location is in Ontario, Canada at the Holland Bloorview Kids Rehabilitation Hospital. Inclusion criteria for the study are as follows: male or female between ages of 5-12, DSM-IV criteria for Autistic Disorder or Asperger’s Disorder, CGI-S score ≥ 4, normal physical exam and lab testing during initial screening, and if already receiving non-pharmacological treatment no changes to current therapy throughout the study period. The purpose of the study is to determine if pioglitazone is safe to use in children ages 5-12 years with autism spectrum disorders as well as to determine a maximum tolerated dose to be used in future studies. Additionally, the study will determine other outcomes to measure in future studies. The study is sponsored by Evdokia Anagnostou, and Holland Bloorview Kids Rehabilitation Hospital is a collaborator. Based on results of this study, it may be possible to move into a phase 3 clinical trial with pioglitazone.

Written by Katelyn Mitchell, PharmD Candidate, Class of 2016, at the University of Maryland Eastern Shore School of Pharmacy.