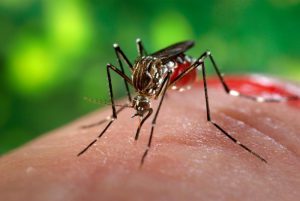 The World Health Organization has described the Zika virus as a “Public Health Emergency of International Concern”1. The recent concern among travel health providers stems from the Zika virus outbreak in Brazil in May 2015.  The Zika virus has been shown to cause some neurological disorders like microcephaly in newborns and Guillain-Barre syndrome in adults. This virus has spread to over 60 countries with local mosquito borne transmission. While some U.S territories also have local mosquito-borne transmission, the cases in the United States have been travel-related2. Patients and clinicians are trying to get a better understanding of what the Zika virus is, how and where it is transmitted, signs and symptoms associated with Zika virus disease, as well as current preventive and treatment options.

The Zika virus is a single-stranded RNA virus that belongs to the genus Flavivirus. It was first discovered in monkeys in Uganda as far back as 1947 and has spread to other countries across Africa, Asia, the Americas and Pacific Islands3,4 . Human infection of Zika virus was first recorded in 1952 causing only minor illness but the clinical presentation has changed drastically over the past 60 years3. This change was realized during a large scale outbreak of the Zika virus in Micronesia in 20073,4. There was a 25-fold increase in the incidence of the Zika virus during an outbreak in Brazil in 20155 which has brought it into the media spotlight.

Travelers to at-risk countries should be able to recognize signs and symptoms associated with the Zika virus as well as how it can be transmitted. Primarily, the Zika virus is transmitted through the bite of infected Aedes mosquitoes, which bite more aggressively during the day. Tai-Ho Chen et al added that possible routes of transmission that have been reported include sexual, perinatal (mother to fetus), laboratory related and blood transfusions4. When an individual is suspected to have contracted the Zika virus disease, common signs and symptoms that are usually present include mild fever, skin rash, joint pain, conjunctivitis (pink eye) among others that typically last 2-7 days3. Because the mosquito genus that is responsible for the Zika virus is also implicated in other mosquito-related infections such as the Dengue, Chikungunya and yellow fever, a definite laboratory diagnosis specific for detecting the Zika virus infection in urine, saliva or semen samples becomes imperative6. This is particularly important when one presents with these symptoms after travelling to countries with Zika virus outbreaks. However, the Centers for Disease Control and Prevention also recommends that asymptomatic individuals be tested if they have lived in or just returned from an area with active Zika virus transmission4.

Global concerns over the Zika virus outbreaks have also led to ample discussions about treatment and preventive measures that can be taken to reduce its transmission. For one, the World Health Organization considers the disease caused by the Zika virus as mild and as such, requires no specific treatment. The Center for Disease Control holds the same position adding that “treatment is generally supportive and can include rest, [drinking plenty of] fluids, use of analgesics and antipyretics”3. Until a definitive diagnosis is made, patients should avoid using aspirin and NSAIDs since they carry the risk of bleeding for dengue and Chikungunya, which have similar symptomology as the Zika virus disease.

Since there is no specific treatment for the Zika virus, preventing mosquito bites is the key step towards preventing the Zika virus infection. The CDC has developed resources that outline preventive measures that can be taken against the Zika virus disease. Travelers should wear clothes that can cover most parts of the body to reduce mosquito bites. Look for insect repellents that contain DEET, IR3535 or picaridin. If you are looking for a more natural insect repellent, oil of lemon eucalyptus has been shown to be as effective as the ingredients mentioned earlier. Avoid having items in and around your home that can hold stagnant water since mosquitoes tend to lay eggs near water. Due to the risk of severe birth defects such as microcephaly, patients should be advised to practice safe sex by using condoms or abstain from sex with sexual partners who are living in or returning from areas where the Zika virus disease is prevalent3,4. Because evidence of birth defects abound in pregnant women infected with the Zika virus, the World Health Organization recommends that sexual partners intending to conceive should wait at least two months if asymptomatic, or six months if symptomatic3.

Community Farmacy offers travel health services which include a comprehensive pre-travel consultation that is specific to your destination. This is a great opportunity for you to discuss the risks of Zika one-on-one with one of our knowledgeable pharmacists.  Stop in or call us today at 410-749-1899 to schedule your private consultation. We recommend scheduling your consultation as far in advance as possible but at least 30 days prior to your trip. We look forward to helping you travel safely and return healthy!

Written by Emmanuel Ofili, Student Pharmacist, Class of 2017 at the University of Maryland Eastern Shore School of Pharmacy.