Cannabidiol (CBD) is one of over 100 active compounds found in cannabis. It belongs to a group of compounds referred to as cannabinoids. Tetrahydrocannabinol (THC) is another compound belonging to the cannabinoid group, and is the compound that is most commonly associated with the psychoactive properties of smoking marijuana. CBD, unlike THC, is not psychoactive, meaning it does not give users a “high.” Several medical uses and benefits have been identified for both compounds, however, CBD is desirable due to it lacking psychoactive properties.1

What symptoms can be improved with CBD? 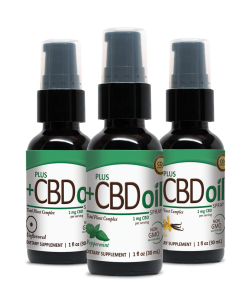 According to a study from the British Journal of Clinical Pharmacology in 2013, CBD was found to have anti-inflammatory, antiepileptic, antiemetic, and anxiolytic properties, which could be useful in patients who experience seizures, nausea and vomiting, and anxiety and post-traumatic stress disorders, as well as others.4

A study from the Journal of Experimental Medicine concluded that in rats, CBD significantly reduced chronic inflammatory pain and neuropathic pain without developing a tolerance. The fact that CBD (as well as THC) can be effectively used for pain are especially intriguing, in light of recent increases in opioid abuse and opioid overdoses in the United States. CBD and THC work on cannabinoid receptors throughout our body; this is how they cause all of these beneficial effects. Cannabinoid receptors are found in every part of our bodies except one – the medulla oblongata. Because CBD does not have receptors in the medulla oblongata, it does not exhibit the depressive respiratory effects associated with opioids and other medications on the market today. Thus, there have been no reported overdoses to THC, CBD or marijuana, and there is no known lethal dose. CBD use could potentially be a tool to decrease opioid use in patients with chronic pain, therefore being a measure to decrease opioid abuse throughout the country.2

Another famous story regarding CBD use for epilepsy disorders is the Charlotte’s Web family, which can be found on the internet at http://www.cwhemp.com, or on the Epilepsy Foundation of Colorado’s website, which we highly recommend looking at.

Is CBD a good treatment option for me, or my children? 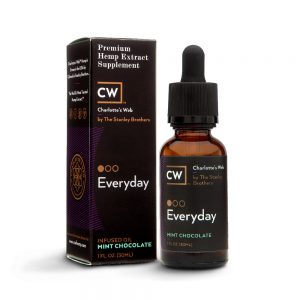 If you or your children have a disease state similar to those mentioned above, you may be a good candidate for the use of CBD. However, it is important to note that before using these types of products, you should consult your physician and/or pharmacist to determine whether or not it is a good option for you. Just like other medications and supplements, CBD can interact with your current medication regimens. It is critical to maintain a transparent relationship with your healthcare providers in an effort to ensure your safety, as well as your success in treatment.

Community Farmacy carries two well-established brands of CBD oil – CWHemp, makers of Charlotte’s Web CBD Oil, and Plus CBD Oil (+CBD Oil). Stop in or call us today at (410) 749-1899 for more information on CBD oil, and to see if it’s right for you!